Melinda Whiten, 61, from Wakefield, joined the Restart Scheme in February. 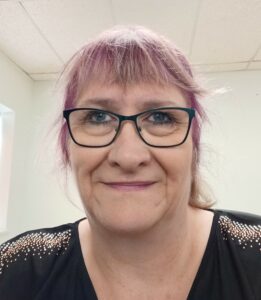 Melinda previously worked as a receptionist but after 11 years at the firm, she was made redundant in August 2020.

Being out of work for 18 months knocked Melinda’s confidence, and she was struggling to keep motivated.

When Melinda first met with her Employment Advisor Louise, she felt low, anxious, and found leaving the house difficult – so even attending appointments in the first place was a difficult step for her.

Louise referred Melinda to Employment Coach Kelly. Melinda’s new coach guided her through a mock interview, and taught her the STAR technique, which gave her insight into how to answer certain scenario interview questions.

Melinda struggled financially and was worried that she would not be able to afford her council tax and utility bills increase. She was even thinking about selling her car, just to make ends meet. Melinda lived alone and felt lonely and isolated.

Kelly referred Melinda to a “Coping with isolation” wellbeing session and she was grateful someone was there to listen to her worries. To help ease her financial concerns, Kelly looked at what services were available in her area and found a local community centre who held expert sessions on debt and money worries.

Within a week of receiving this support, Melinda successfully interviewed for an Office Administrator role on a part time basis, which she began in April.

But Melinda’s journey didn’t end there. In July, she secured a job as a full-time Admin Assistant at another company. She credits the Restart Scheme for giving her the confidence to reach out for this job too.

Melinda said: “Thank you to the Restart Scheme for all the help and support helping me with my self-confidence and getting me back on track in finding a job. Thanks to my regular appointments and the team’s encouragement, which gave me a lift each time I attended, I built up the courage to push myself to find a new job. Thank you for helping me.”