Cooking Up A New Career

Jhalil returns to employment after a decade 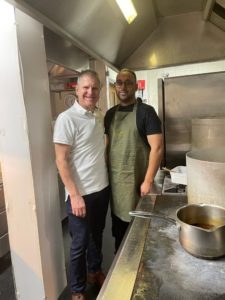 Jhalil Ahmed, 35, last worked in the construction sector and at a takeaway. Ten years ago, he decided to focus his time on caring for his wife and daughters, who have health conditions.

Jhalil was referred to the Restart Scheme in November 2021, where he met his Employment Advisor Olivia.

With Jhalil’s limited employment history, it became clear to Olivia that this lack of experience and length of time out of work had become barriers in his quest to find employment. And with Jhalil’s caring responsibility and commitments, he needed something flexible.

Olivia developed a plan to support Jhalil to break down these barriers one by one. Jhalil was supported with arranging childcare and signposted to online learning to help him improve his interview skills.

After so long out of work, Jhalil’s confidence had taken a knock. To give him that confidence boost he so needed, Olivia held one to one sessions with him, which she also used to gain a deeper understanding of his needs from a role.

When a vacancy for a Prep Chef at The Quarry Restaurant and Bar in Horbury was advertised, Jhalil, and Olivia, knew the role would be perfect for him. He applied and was offered an interview. 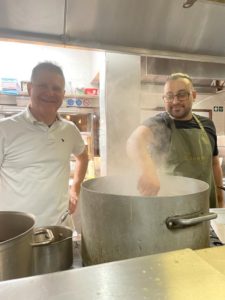 Armed with his new-found confidence and skills he acquired on the Restart Scheme, Jhalil’s capabilities shone through, and he was successful in his interview. He started his new role in December.

Jhalil said: “Having joined the team last year during the busy December season for Christmas, I have enjoyed joining a great and supportive team. I have had the opportunity to expand my kitchen skills and be part of a great team. The team at The Quarry have welcomed me into their professional family with its fun and dynamic atmosphere. I look forward to working every day.”

Jhalil’s enthusiasm and commitment to his new role has certainly made an impression on his new employer and work colleagues.

John Horvath, Owner of The Quarry Restaurant and Bar, said: “Jhalil started with us at the beginning of December a very busy time for the restaurant and hospitality business. He has fitted in well with a small team, working hard and supporting them. He has quickly become a respected team member and is well liked.”